The EaP CSF Belarusian National Platform express their indignation and condemn the repressive actions of the officials and law enforcement agencies of the Republic of Belarus related to the detention and punishment of participants in numerous peaceful protest actions in various cities in the country.

In recent weeks, mass peaceful protests of citizens have been organised around the country as a reaction to thenotorious Decree of the President of the Republic of Belarus No. 3 (hereinafter – Decree No. 3) “On the Prevention of Social Dependence”, the so called “social parasite decree”. The protests are exceptionally peaceful and are held in consistence with the rule of law and national security, moral principles of the society, human rights and health of the citizens. The roots of these protests, representing the citizens of most diverse social strata and groups, are evidently a significant deterioration in the economic situation of people, as well as in the discriminatory and degrading nature of Decree No. 3.

Arbitrary detentions of protesting citizens, public activists, politicians, human rights defenders, and journalists covering socially significant events took place in a number of cities of the Republic of Belarus during the past week. These detentions were conducted in an illegal manner: the representatives of the law enforcement agencies did not introduce themselves and used physical violence. The law enforcement agencies regularly use an unacceptable practice of preventive detention and “house arrest” of civic activists in various cities. The incidents of searches in private premises and offices of political parties and NGOs were recorded. Many of the protesters, by decision of the local courts, received penalties in the form of fines and imprisonment, in fact for exercising their constitutional freedom of expression, freedom of assembly and professional activity.

These actions of the Belarusian authorities escalate social tensions, are repressive by nature and practically prevent Belarusian society from a constructive public dialogue on issues of socio-economic policy. The above-mentioned repressive actions are causing serious damage to the recently revived process of normalization of the EU-Belarus relations. The values ​​of freedom of speech, freedom of expression, human rights, constructive public dialogue, taking into consideration opinions and interests of citizens are unconditional for the EU Member States. Respect for these values ​​has been an indispensable guarantee of possible mutually beneficial relations between the Republic of Belarus and the European Union.

The Belarusian civil society calls upon the competent state bodies in the Republic of Belarus to: 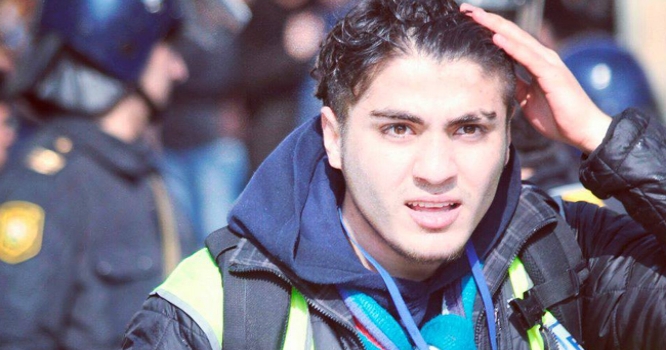