On 1-2 June the meeting of the Working Group 1 “Democracy, Human Rights, Good Governance and Stability” brought together over 60 working group members from the Eastern Partnership and EU countries, as well as officials from EU institutions (the European External Action Service, European Commission and European Parliament).

The focus of the first day of the conference was on the changes in approach brought by the review of the European Neighborhood Policy (ENP), strengthening transparency of the dialogue between EaP governments and the EU by increasing involvement of the civil society organisations (CSOs) as well as improving working conditions for CSOs. The second day of discussions covered issues pertaining to streamlining gender equality, inclusion of people with disabilities, EU role in security challenges in the EaP region, countering political corruption and Russian propaganda in the media, as well as public administration reform.

“There can be no successful reforms or convergence with EU values without civil society as a watchdog.” Luc Devigne

“Outreach to civil society should be expanded through simplifying rules on working with CSOs and civil society fellowships.” Luc Devigne

At the opening panel following the minute of silence for the victims of Nagorno-Karabakh, Krzysztof Bobinskihighlighted the need for a peaceful resolution of the conflict. He also noted that the channels of communication between civil society actors and stakeholders in Brussels should be improved. Luc Devigne, Director for Russia, Eastern Partnership, Central Asia and OSCE at the EEAS, underlined the significance of civil society invoking the context of the DCFTA negotiations since without effective scrutiny against corruption there can be no effective reform. Mr Devigne observed that visa liberalisation for Georgia and Ukraine would be a crucial development with respect to the four areas of priorities developed during the Riga EaP Summit. He also indicated that governments cannot be compelled to be associated with the EU, however, it does not mean that the EU gives up promoting reforms in those countries. As the governments cannot be forced to undertake the necessary reforms, the change needs to come from their societies.

How well can the reviewed ENP respond to the realities of the region?

“We talk about pragmatism in the means, not in the ends. This is not about megaphone diplomacy, but about achieving results.” Lawrence Meredith

‘’It’s time for the EU to empower the EaP civil society to the level of an equal partner.” Leyla Aliyeva

The panel moderated by the Steering Committee Co-chair Ulad Vialichka discussed the change in approach introduced by the reviewed ENP and the involvement of civil society organisations in the EU negotiations with the EaP governments. Lawrence Meredith, Director for Neighbourhood East at DG NEAR, explained that the ENP review was necessitated by the developments in the EU, as well as the Eastern Neighbourhood. The consultation process demonstrated a desire and need to:

He also emphasised that values remain at the core of the EU’s relationship with its partners as evidenced by the first section of the ENP review. Leyla Aliyeva (Centre for National and International Studies) stated that an increase in pragmatism in the reviewed ENP is worrying. She explained that differentiation should not be about lowering ambitions in favour of interests of small elites but should focus on individual obstacles to reform in the EaP countries as a basis for policy formation. According to Ms Aliyeva, Azerbaijan is a missed opportunity for the EU. She stressed that the release of political prisoners in Azerbaijan is merely a cosmetic reform as no structural changes are taking place. Hrant Kostanyan, researcher at CEPS, outlined the reasons for increased pragmatism in the EU approach towards the Eastern Partnership. The resistance of the elites from the EaP countries, as well as inconsistent response to developments in the EaP region and Russia’s activities in the region were identified as the causes for the shift from a normative to pragmatic approach.

How to make the dialogue with governments and the EU more transparent?

“There is no institutional status for civil society in EU-Belarus bilateral relations.” Petr Kuznetsov

“Civil society in Moldova is focusing on technicalities of the AA/DCFTA, rather than the reform agenda.” Victoria Bucataru

Avaz Hasanov (Humanitarian Research Public Union, Azerbaijan) commented on the difficulties facing civil society in Azerbaijan, especially those with receiving funding from foreign donors since, as a result, CSOs are de facto barred from submitting project proposals. He explained that the government does not envisage a dialogue with civil society and stressed that the EU should better engage with Azerbaijani CSOs. Lasha Tugushi (European Initiative – Liberal Academy Tbilisi) elucidated that the level of civil society involvement in Georgia is sufficient, however, the Georgian government does not provide adequate information on its positions during negotiations with the EU as exemplified by the negotiations on visa liberalisation. Petr Kuznetsov (Center of Regional Development GDF, Belarus) stated that due to the current geopolitical realities, the EU has to engage with the Belarusian regime without insisting on improving the respect for democratic freedoms. The government should be interested in employing expertise of civil society as authoritarian regimes generally do not possess adequate expertise. Victoria Bucataru (Foreign Policy Association, Moldova) mentioned that although there is institutionalised cooperation between Moldovan government and civil society, it does not guarantee that civil society recommendations would be taken into account.

Mikayel Hovhannisyan (Eurasia Partnership Foundation, Armenia) remarked that civil society in Armenia is proclaimed as a partner in the reform process yet de facto it is not involved. The concerns raised by the Armenian civil society are rarely reflected in EU documents. Iryna Bekeshkina (Ilko Kucheriv Democratic Initiative Foundation, Ukraine) described the instances where the government disregarded concerns of civil society as in the case of legislation on public procurement excluding criminal liability for false financial declarations.

How can we improve the working environment for CSOs in difficult conditions?

“In the past two years the government of Azerbaijan adopted over 20 amendments that violate freedom of association and result in breaches of the ECHR. Therefore, these developments cannot be considered only as an internal issue.” Anar Mammadli

“A shift from government-to-government approach to society-to–society approach is needed.”  Jerzy Pomianowski

“Civil society in Belarus is tired as there is no sufficient pressure from the EU with respect to fundamental rights.” Elena Tonkacheva

Anar Mammadli (Election Monitoring and Democracy Studies Center, Azerbaijan) described impediments to the work of independent civil society in Azerbaijan. NGOs in Azerbaijan cannot receive foreign funding, donations over 120 USD have to be registered with the Ministry of Justice, and volunteers are required to have individual contracts that also must be registered with the Ministry. Mathieu Bousquet (DG NEAR) shared that the governments are becoming more inventive in how they limit the civil society operations. As a result, the EU and other donors need to adapt to these developments. Mr Bousquet reassured that the priorities of each EaP country’s cooperation with the EU will be identified with the participation of the civil society. The EU needs to anchor its support to civil society and human rights within the international framework. Jerzy Pomianowski (European Endowment for Democracy) stated that it is not only the space for civil society, but also the donor support that is shrinking. He mentioned that the EU is slowly adapting to the situation: although the flexibility is not structurally inbuilt, the EU has modified its support to the society of Belarus and it also needs to find ways to support civil society in Azerbaijan. Elena Tonkacheva (Legal Transformations Center “Lawtrend”, Belarus) noted that sanctions for Belarus were lifted prematurely. She explained that the structural problems remain – the death penalty has not been abolished and violations of freedom of information, as well as freedom of assembly are occurring on a regular basis.

General Progress of the EaP

Boris Iarochevitch, Head of Division for the Eastern Partnership, Regional Cooperation and OSCE at EEAS, talked about the preparations for the next EaP summit to most likely take place in Brussels in June 2017. The next EaP summit foresees the presentation of results that benefited citizens, the demonstration of the added value for the societies in all four EaP policy areas agreed in Riga. The EaP Ministerial Meeting in May 2016 recognized the importance of the EaP multilateral dimension. Consequently, the architecture of the multilateral framework will be reviewed, and changes might be proposed by the next EaP summit. Mr Iarochevitch commented on the state of relations with each of the EaP countries, progress of the AA/DCFTA implementation, and the involvement of the civil society into the negotiations of the partnership priorities and new agreements with the EaP countries. Mr Iarochevitch mentioned the revision of the ENP programming documents taking place in 2017, instead of 2018, in order to incorporate the ENP review and the new partnership priorities for political and technical cooperation. The ENI will not be largely modified by 2020, the focus on the next programming phase also concerns regional programmes, and multiannual priorities will be revised. 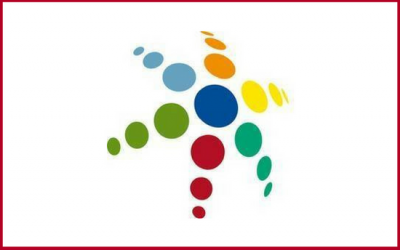 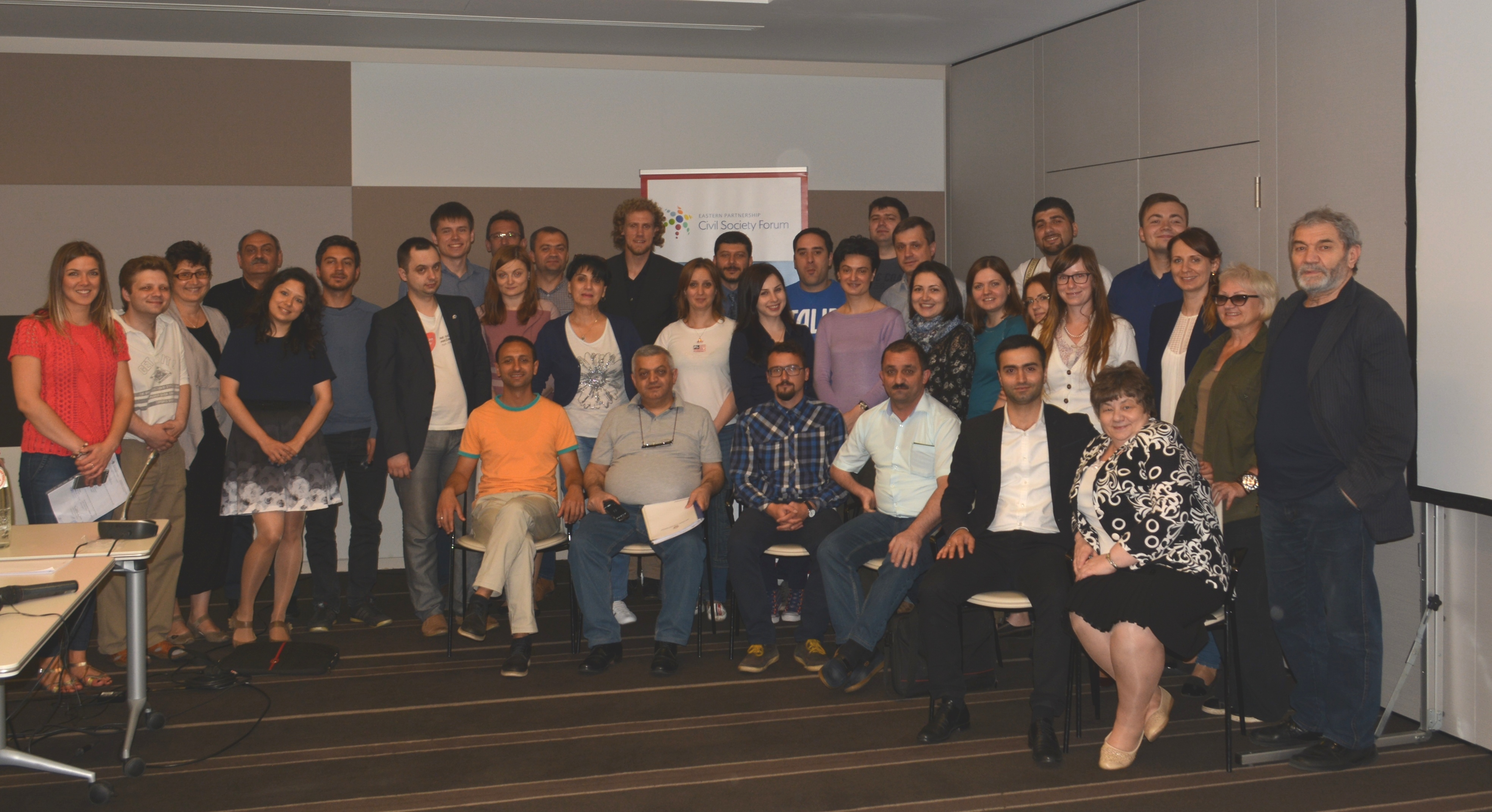 Youth, Culture, Education, and Senior Policies at the Forefront of the Working Group 4 Meeting