On 20-21 September members of the Steering Committee of the Eastern Partnership Civil Society Forum held their fourth meeting in Chisinau, which also hosted the EaP CSF Human Rights Conference “On the frontline” one day earlier. The Steering Committee welcomed the release of Hovsep Khurshudyan and expressed the need to make efforts that would lead to the release of other peaceful protesters.

The discussions mainly focused on the preparation of the 8th Annual Assembly in Brussels, the Monitoring Missions as a working tool of the EaP CSF and the assessment of Re-granting. The Steering Committee decided to have a third parallel session at the Annual Assembly focused on transparency and accountability, which will include the oversight of the civil society of the EU funding to the EaP countries. Regarding the Monitoring Missions, it was agreed to present the results of the monitoring mission to Armenia during the advocacy meetings in Brussels in October and to consider the beginning of training a group of experts from the EaP CSF that could be sent on such monitoring missions in the future.

Members of the Steering Committee also met with Sanziana Poiana from DG NEAR. She underlined the need of the Riga Summit priorities should be found in the reviewed form of the EaP multilateral dimension. 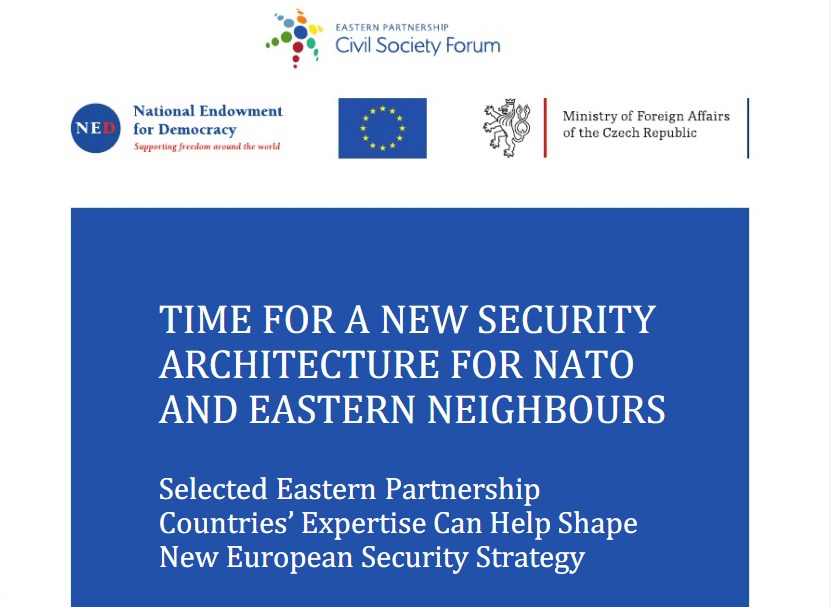 Time for a New Security Architecture for NATO and Eastern Neighbours