This feature is about an EU-funded project “Involving civil society in the monitoring of conflicts of interest”, which has been implemented by Transparency International (TI) – Moldova and with partner organisations in Ukraine (Institute for Public Policy and TI-Ukraine), Poland (Stefan Batory Foundation) and Armenia (TI-Armenia and the Eurasia Partnership Foundation).

A conflict of interest, a situation where personal interests and relationships impact upon a public servant’s decision-making, is a common phenomenon in undeveloped democracies. Moldova, which adopted a Law on Conflict of Interest on February 15th 2008 became among the first countries in the post-Soviet space to introduce legislation to tackle the problem. The Law became integral to the Strategy for the Prevention and Fight Against Corruption, as well as the EU-Moldova Action Plan for 2005-2008 – documents which at the time laid the foundation for the country’s Association Agreement with the European Union.

As of today, more than 20 NGOs and media outlets in Moldova are engaged in the analysis of legislation and the adoption of norms in the area of conflicts of interest. Civil society monitoring is becoming universal and effective – one of the main objectives we had when initiating the project, says Lilia Karashchuk, head of Transparency International (TI) Moldova. 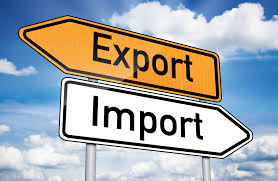 Civil Society At Forefront Of Trade Dialogue In Ukraine