The EU directly supports civil society in the countries of the Eastern Partnership – Ukraine, Belarus, Georgia, Armenia, Azerbaijan and Moldova – to promote shared values and reform.

The EU High Representative for Foreign Affairs and Security Policy, Federica Mogherini, said: “Civil society representatives are the best sponsors and monitors of much-needed reforms in the Eastern Partnership countries. They are voices against corruption and for transparency and an essential force in our daily work on so many issues, from fighting violence against women, to improving the media environment. We are partners, and we need each other to reach our common goals and to make the Eastern Partnership deliver.”

The Commissioner for European Neighbourhood Policy and Enlargement Negotiations, Johannes Hahn, stressed: “We are delivering on our promise to follow social innovation trends in our broadened support to civil society. Partnerships with key civil society actors, strong leadership and more efficient tools to advance the governance role of civil society organisations are all part our revamped toolbox. Together with partner governments, civil society in the Eastern partner countries will bring us closer to citizens in areas that make most difference for their lives.”

The Eastern Partnership Civil Society Forum Steering Committee Co-chair Hennadiy Maksak said: “Civil society believes in the European future of the Eastern partner countries, based on shared values, rule of law and respect for democratic principles and public accountability. It is of crucial importance to create an enabling environment for the civil society, allowing it to engage in the reform agenda.”

The conference will serve as a platform for participants to discuss better governance, dialogue between governments and civil society, the use of technology to promote government transparency, and inclusive approaches to economic development. Discussions will also focus on civil society’s role in combating disinformation and developing media competence.

The participants will adopt a Civil Society Declaration identifying major obstacles to further democratic development offering specific recommendations on how governments and civil society organisations can work together to overcome them.

The European Union’s support to civil society has been instrumental in increasing public accountability, respect of human rights, and local development in Eastern partner countries. From 2014 to 2016, the European Union has funded more than 260 new projects across the region, reaching more than 600 organisations.

The event is held every two years as a side event to the Eastern Partnership Summit, which this year will take place on November 24 in Brussels. 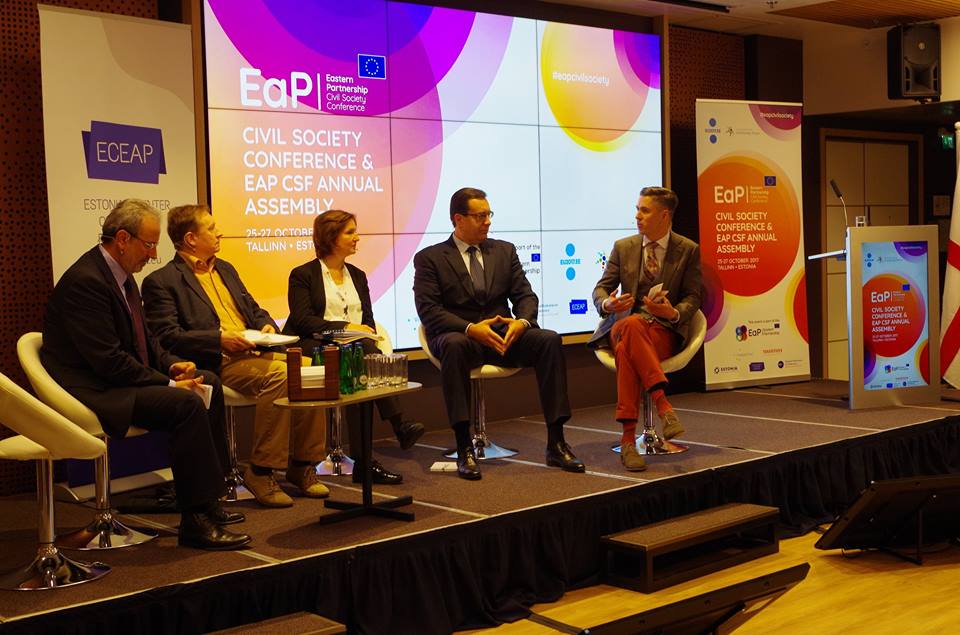