The Steering Committee condemns the murder of the journalist Pavel Sharamet in Kyiv and extends condolences to his family, friends and colleagues. The EaP CSF also expresses deepest sympathies to the civil society and independent media community of Belarus, Ukraine and Russia who have suffered an irreparable loss. The SC calls on the Ukrainian authorities to identify the killers and instigators of the crime and to speedily bring them to justice.

Six journalists have been killed in Ukraine since 1992 and those responsible for four of these deaths have yet to be found and punished. The killing of Pavel Sharamet marks a major threat to media freedom both in Ukraine and in other countries of the region and to the general cause of reforms in  the EaP countries.

In this sense the authorities must make every effort not only to identify the killers and  instigators of this crime but also to ensure the safety of the journalists who have found themselves, in a very real sense, on the front line of the battle for an independent, free and prosperous society.

The authorities must not only do their utmost to solve this crime. They must also extend protection to all journalists who receive death threats and are  targets of hate crimes. The authorities must ensure the safety of journalists who are critical of any wrongdoing and of government officials. A free and critical media is the lifeblood of a functioning democracy. A government that is serious about reform must treat the investigation of Pavel Sharamet’s murder as a test case of its democratic intentions.

The Steering Committee expresses respect and gratitude to all those who have attended Pavel Sharamet’s funeral ceremonies in Kyiv and Minsk, including President Petro Poroshenko. We must all spare no effort to ensure that the safety of journalists in the Eastern Partnership is safeguarded in the future. 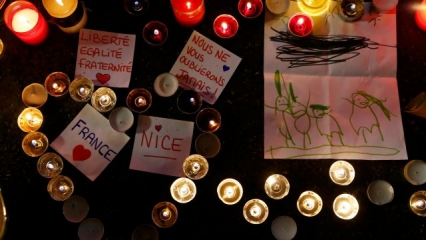