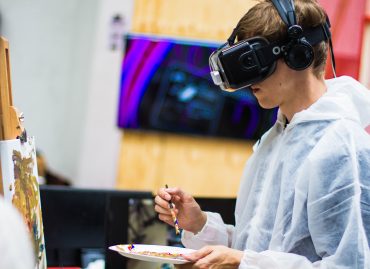 Being under permanent external pressure, Ukraine constantly searches for new ways of growth. The Cultural and Creative Industries might be one of the alternative ways for economic development, in particular, the impulse for innovative small and medium-sized enterprises. Since 2014, the sector of creative industries in Ukraine has witnessed an explosion of innovation ranging from such industries as music and theatre to virtual reality installations and usage of digital technologies. Innovative tools are one of the driving forces of the creative industries.

EU Cultural and Creative Industries (CCIs) provide jobs to 8.3 million citizens and have a combined income of € 558 billion. According to the Global Creativity Index (GCI), Ukraine was ranked 45th among 139 economies of the world.

So, is this a good or a bad result?

The main supporters of creative industries in Ukraine

The Ukrainian Institute was created by Cabinet of Ministers of Ukraine for facilitating international connections between people and institutions promoting country abroad. The UI had been modeled on Germany’s Goethe Institute, Polish Institute, British Council, Institut Français, as the organization for cultural diplomacy.

In 2019, the Ukrainian Institute developed and launched a long-term program EXTER for international residencies in the field of contemporary art for Ukrainian artists, curators, and art critics.

The Ukrainian Cultural Foundation was founded in 2017 as a state-owned institution for facilitating development of culture and arts. The primary goals of the UCF are to promote the national cultural product creation, to foster and disseminate Ukrainian culture. In the activity framework, eight programs have been developed covering various sectors of culture and the audience of potential grant recipients. In 2018, the Ukrainian Cultural Fund supported the implementation of 297 cultural and artistic projects.

Creative Europe is a program of the European Union aimed at supporting cultural, creative and audiovisual sectors that Ukraine has joined recently. Since 2015, according to the agreement on participation program, Ukraine has been a member of the “Culture” and the “Media” sub-programs. Ukrainian NGOs cannot be the main applicants for the program; they are unable to promote their own ideas and innovations to the full extent.

Culture Bridges supports the development of the cultural sector in Ukraine. The program was launched in November 2017 and will run until October 2020. The EU funds the program as part of its support to the implementation of the Association Agreement between the EU and Ukraine.

In October 2019, the new EU-funded program House of Europe was launched in Ukraine. House of Europe has opened calls for 11 new program lines. Totally program encompasses 20+ separate program lines, and overall funding is € 12.2 million.  The program is implemented by a consortium of EUNIC whose members are international cultural organizations, including the Goethe-Institute, the British Council in Ukraine, the French Institute, and the Czech Center.

Obviously, this is far not full list of donors. Moreover, it is important to mention Harald Binder Cultural Enterprises, Visegrad Fund, International Renaissance Foundation, Ministry of Culture of Ukraine and many others.

And to make things more concrete, here are some interesting projects having received funding in previous years. 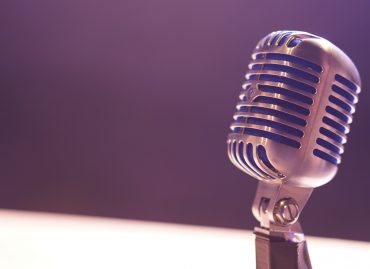 The Polyphony Project brings together a group of exceptionally committed individuals who use digital tools for exploring, preserving and presenting the living music of Ukrainian villages. Through state-of-the-art technology, it makes this heritage of unparalleled value accessible to contemporary society. All accumulated musical folklore is available online in an organized form. The Polyphony Project was co-founded by Creative Europe Program.

The digital technology enables the creation of new and innovative artistic pieces, but also the innovative ways of presenting cultural heritage.

The Polyphony Project is an example of how to use digital tools for enhancing cultural experiences. The project integrates Ukrainian cultural heritage into the contemporary world context. Living music of Ukrainian villages became accessible to the world through the archive, and creates a brand of intangible cultural heritage.

In September 2019, the first VR Art festival in Ukraine was organized in Kyiv with the support of the Ukrainian Cultural Foundation.

The project examines how the art interacts with space, complements the city fabrics and creates shared experiences for city dwellers. The program offers VR installations, exhibitions in the city, performances, art talks, DJ sets and VR-parties. Technological innovations, such as VR, can easily solve accessibility issues through interactions of the city with virtual and augmented reality.

The theater web-portal OpenTheatre  was opened in 2018 with the support of the Ukrainian Cultural Foundation. The OpenTheatre brings the live theatre experience to viewers by streaming the best theatre productions. Through broadcasts and videos of performances, it increases the level of the performing art audience on the Internet.

Creative industries include many areas of activity:  architecture, archives, libraries and museums, handicrafts, cinema, design, festivals, music, literature, performative arts, and others. However, one thing is clear: innovative technology brings together different cultural and creative sectors. Technology in the creative industry has witnessed a phenomenal rise over the past few years. It seems that the sector in Ukraine has managed to use the opportunity to effectively receive support for the first phase of implementing the digital tools. At present, information and communication technology (ICT) changes the manner in which creative industries develop. Ukraine still needs to continue and develop the preconditions for advancing a favorable environment for CCIs.

#LocalCorrespondent Opinion / Future of the Eastern Partnership: The Next Steps
PREVIOUS NEWS
NEXT NEWS