The first case of coronavirus in Armenia was registered on March 1, 2020. Until that day, most citizens, and even some members of the government, believed that the coronavirus infection was no threat to Armenia, and even joked that Armenian cornel vodka or mulberry vodka and garlic were the most effective ways to fight the virus. Minister of Health Arsen Torosyan told journalists that there was nothing to be afraid of.

Nevertheless, Armenia was also affected by the situation in the world. A number of RA citizens returned to Armenia from different countries. On March 1, a coronavirus infection was found in a man who arrived in Armenia from Tehran on February 28, thus becaming the first registered case of coronavirus in Armenia. Discovering that he had a mild fever, the citizen personally went to the doctor, displaying a high level of civic responsibility. The subsequent 3 cases of coronavirus were registered among the citizens who arrived in Armenia from Italy, and so on, and so forth. School classes were suspended for a week and resumed on March 9. However, on March 11, the World Health Organization announced the coronavirus outbreak a pandemic, based on the geography of the spread of the infection and the speed of reported cases.

On March 16, the Government of the Republic of Armenia convened an extraordinary session, and it was decided to send a proposal to declare a state of emergency in Armenia to the RA National Assembly. On the same day, the latter convened an extraordinary session, and a state of emergency was declared for the period of March 16 to April 14 (later extended until May 14).

Before the government would declare a state of emergency, individuals, civic groups, and organizations began to self-organize, take action, or express willingness to support.

Remembering about her beneficiaries from previous years, especially the families living in temporary houses and suffering from lack of amenities, social worker Tatev Khachatryan asked on her Facebook page whether the government envisaged to take any measures to support families in need, calling on these families not to be ignored.

The reactions were not long in coming. Both ordinary citizens and social workers and MPs began to respond to the Facebook post. Tatev started discussing what to do with people who had expressed their willingness to help. She opened a bank account, and much to her surprise, Armenians from different countries (from the USA, Russia, and even Kosovo) immediately transferred money to the account. As a result, 50 families living in Yerevan and 19 families from the regions were provided with food, products of hygiene and cleaning supplies. “For example, I called a company that manufactures cleaning products to do online shopping, and they provided several times more materials than the stipulated amount free of charge”, Tatev noted, sharing her impressions about the reaction of people and businesses. However, the most important achievement for her was that she managed to unite social workers. The initiative coincided with the World Social Work Day (March 17).  Thanks to promotion by the International Federation of Social Workers the appeal also received a great response: “All social workers in the world today work on a par with doctors․ They are close to people infected with the Covid-19 virus, and provide professional support“.

Gayane Vardanyan, a member of the Yerevan Council of Elders and mother of three children, was one of the first to take the initiative, which later turned into organized, coordinated steps. She started the process of recruiting volunteers through an online questionnaire on her social network page. She took into account that the potential of public authorities may not be enough, especially considering the circumstance that there was a restriction on older people working from the office. Meanwhile, it would be necessary to bring the support of the community and various humanitarian organizations to the beneficiary families in time.

Even strangers distributed the questionnaire, which, according to Mrs. Vardanyan, is a clear manifestation of mobilization of the community. More than 70 people were registered in 3 hours, and she had to suspend the recruitment of volunteers for some time. However, on the same day and on the next day, both the ones who had already registered and those wishing to register began to write or call in person, complaining, and saying that no one had turned to them for help yet. And she had to explain that the list was very long, and thanked them for their willingness. The Volunteer Bank was used both by the Yerevan Municipality and the administrative districts, as well as the National Hay Association and in the most part by the Mission Armenia organization which specializes in supporting the elderly.

Mrs. Vardanyan also called for the coordination of similar initiatives with government agencies. “If it is taken out of the system, it will be unmanageable. This also ensures better  targeting. In addition, it allows us to control the process to ensure that there are no overlaps, and those who really need support are not left out. Social support is a very specific endeavor, and we need to work with specialized agencies”. Gayane is currently coordinating the oversight activities of the “My Step” faction in the Council of Elders of Yerevan. She and her colleagues monitor and verify the accuracy of the data, consider all cases, so that the support of community structures is targeted, and the approach is the same and is humanitarian in nature.

The capital Yerevan, of course, is not the only target. Active actions have been launched in the regions, especially in the border settlements. Together with their friends and in cooperation with UNDP in Armenia, Mariam Mkrtchyan and Lusine Karapetyan, members of the “I Am the Community” Youth   Club in Vayk, provided assistance in supplying necessary food and protective equipment to people over 65 years of age for a period of 1 month in the enlarged community of Zaritap, which includes 9 settlements, including border villages,. Their main function was to monitor and make sure that support reached the beneficiaries. The goal of this initiative is to ensure that this vulnerable group does not leave their homes to purchase necessary supplies and food for a month. It is true that the virus is not widespread in this community. However, the beneficiaries were grateful that they were taken care of.

This is not the only initiative in Vayots Dzor Province. Especially those living abroad and also the locals provided money from their own funds, which ensured financial assistance to about 250 families in need, especially those families who were not included in state support programs. As a lawyer, Mariam also provides free consultation to beneficiaries of Government programs to neutralize the economic consequences, and also to those who have issues concerning labor relations. She guides them, negotiates constructively with employers so that neither the employees nor the employers are negatively affected.

And Lusine is currently developing an SMM course to organize the work of the Council of Elders, as well as for the teachers who have to conduct online courses these days, something they have not experienced before. “Especially in remote rural communities, where information technology is not very developed, teachers are not familiar with online applications and tools, for example Zoom, Google meet and so on”, explained Lusine.

When the Ministry of Education, Science, Culture and Sports announced the transition to distance learning, it became clear that many children, and even teachers, often did not have the technical means – a computer, a smartphone or Internet access. In this regard, the reaction of individuals, separate groups and organizations on social networks was unprecedented. Without hesitation they began to offer their old but serviceable computers or computers they did not use at that moment.  “A.D. Sakharov Armenian Human Rights Protection Center” NGO Lawyer Meri Khachatryan, for example, not only provided such beneficiaries with 4 computers of the organization but also her personal smartphone, tablet and mobile Internet modem.

As an auxiliary organization to the public authorities in the humanitarian field and the largest volunteer organization in the country represented in all regions, the Armenian Red Cross Society has assisted, in cooperation with public authorities, more than 15,000 people since the first day of the state of emergency was declared due to the Covid-19 epidemic, and continues its support, providing humanitarian assistance to lonely elderly people, people with disabilities and refugees (for more information see the Armenian Red Cross Society website).

All these initiatives speak of the instant mobilization, compassion and high level of humanism of civic initiatives in Armenia at a difficult time. Based on the principle of the primacy of ensuring the health of citizens, the state of emergency in Armenia was extended until May 14. We still follow the #stay-at-home hashtag. We often joke and make up anecdotes about the virus and the situation it causes, and it helps us remain positive and overcome stress.

International organizations also stand by Armenia in the fight against the COVID19. Within the framework of measures to prevent the coronavirus, with the assistance of the European Union, the office of the Human Rights Defender of Armenia was provided with protective equipment to ensure smooth operation of the institution, contacts with citizens and visits to closed institutions.

The EU will provide Armenia with a total of 92 million Euros for immediate and short-term needs. The funds will be directed to the supply of medical equipment, training of medical and laboratory staff, support of SMEs and the business community, as well as provision of social and humanitarian assistance to victims of the coronavirus outbreak (more details here).

Together we will overcome the coronavirus. 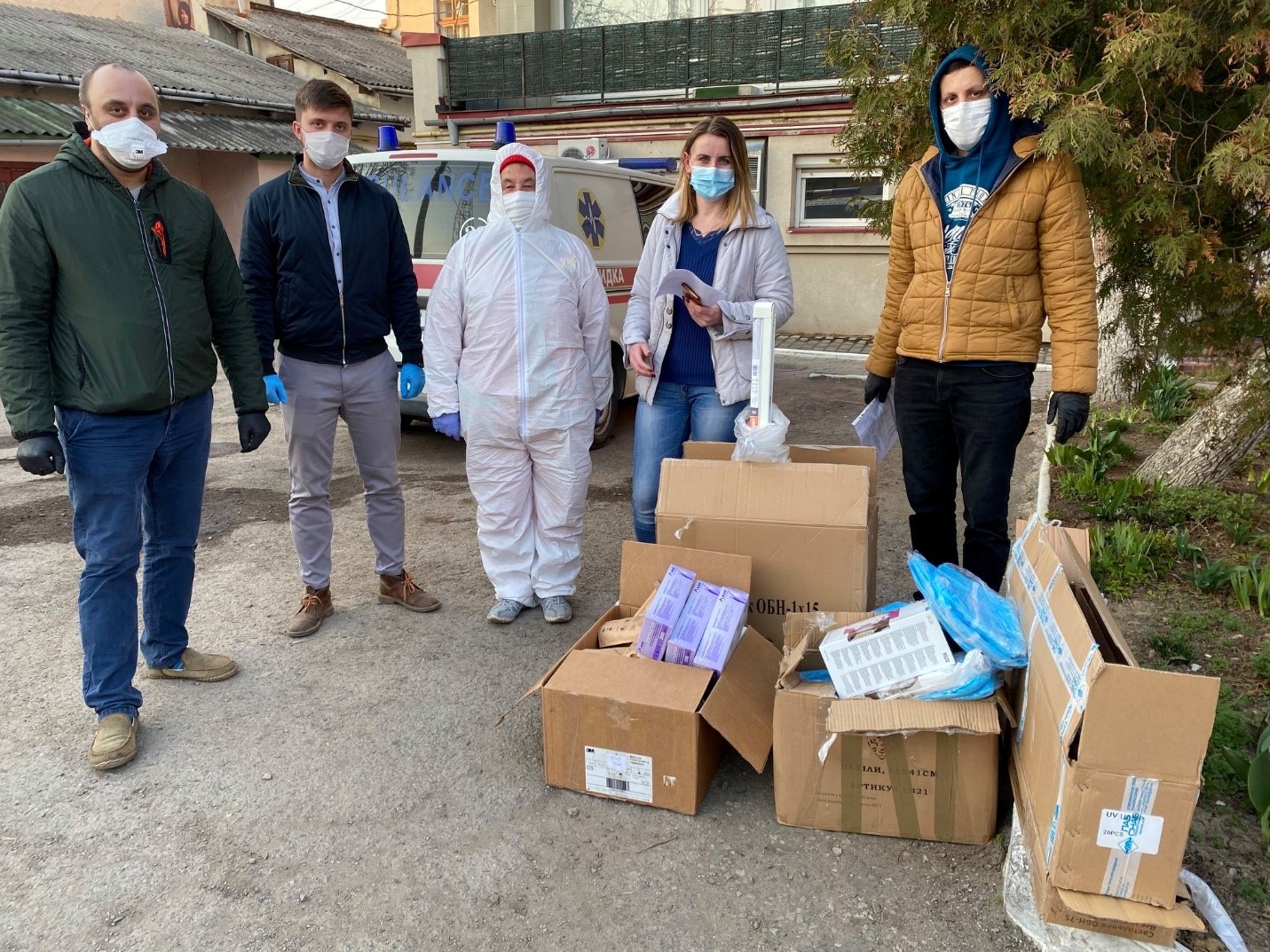 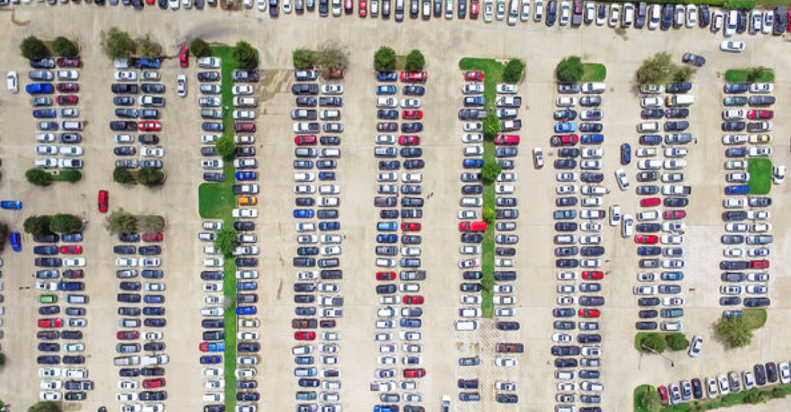